You are here: Home / Blog / Hiring decisions / Is it Safe to Hire 1099 Contractors Anymore?

By Lauraine Bifulco of Vantaggio HR

Independent contractors or employees? It’s not a new question. We’ve all been grappling with it for years, but why does the issue keep circling back around, and dare I say, keep getting more complicated? How do we avoid a legal minefield?

People are divided on the subject. “Yes, I’m positive my design consultant is an independent contractor.” “No, that office manager of yours really needs to be on payroll as an employee.” We can’t seem to agree. Why is that? 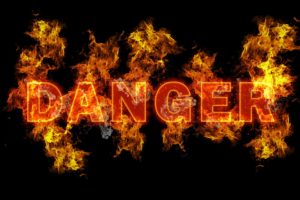 Well, it’s not that as intelligent business people, we can’t apply a set of rules to a situation and determine the right answer. If there were a standard, we’d all probably be able to figure it out and agree. But that’s the problem, there simply isn’t one, easy set of rules – until maybe now, with the increasing use across the country of ABC tests to make the determination. Hawaii, for example, has long used the ABC test for determining employee status ‐ as do 16 other states. And now California has jumped on the bandwagon after their state supreme court decided earlier this year that they could not be outdone by Massachusetts who had been known for having the most stringent test in the country! And while these ABC tests aren’t necessarily good news for employers, they are at least typically more clear than the tests used in other jurisdictions and by other agencies.

Let’s go back and see how we got here. As a reminder, it’s unfortunately not up to the worker and the hiring company to determine the best model for working together. There is a common misconception that you can just “1099” the worker and be safe treating him/her as an independent contractor. While filing a 1099 to report income paid to the person can help reduce your penalties with the IRS should it be determined that the person was misclassified, the act of submitting a 1099 does not in and of itself establish independent contractor status. Almost everyone has heard of the IRS’s 20 factor test, which was boiled down in 2007 to an 11‐factor test focusing on 3 main areas. The IRS examines the behavioral and financial arrangement between the worker and the hiring company as well as the nature of their relationship. This type of test, called a “common law test” walks you through a series of questions helping to identify if the worker in practice is functioning independently or not. Unfortunately, oftentimes even after applying the multiple questions, the answer is a little murky and could honestly swing either way.

Other agencies, like the federal DOL, use a different methodology called the “economic realities test.” Like the common law test, there are a series of questions that one poses about the worker and the hiring entity aimed at determining if the worker is truly independent from an economic perspective from the hiring entity. Is this person truly, from a financial perspective operating an independent business?

The challenge with both the common law test and the economic realities test, is that there is no true “pass/fail.” For example, with the IRS’s 11 factor test, you are not guaranteed independent status if you answer 6 out of the 11 questions correctly. The different factors are given varying weights depending upon the exact terms and conditions of a particular worker’s relationship with the hiring company. And unfortunately, clarity is sometimes not reached until years after the relationship is established when there is a complaint or lawsuit and then a final ruling. Employers have been left guessing and hoping that their independent contractors are classified correctly.

Until now. ABC tests utilize a streamlined, 3‐prong approach whereby the hiring entity has to establish that all 3 of the factors of the test are met. If either A, B, or C cannot be established, the analysis is over – your worker is an employee and not an independent contractor. 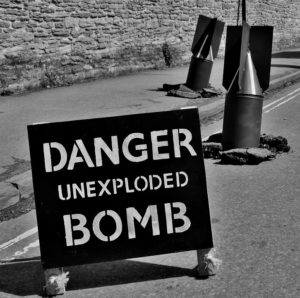 A worker is legally presumed to be an employee, unless:

A. The worker is free from the control and direction of the hiring company in connection with the performance of the work;

C. The worker is customarily engaged in an independently established trade, occupation, or business.

While factors A (the worker needs to be free from control of the hiring company) and C (the worker needs to truly be engaged in running his/her own business) have been part and parcel of just about all the other types of tests used, factor B is frequently the most difficult hurdle to overcome for an employer wanting to treat someone as an independent contractor. Note the “AND/OR” in the description above. Some jurisdictions allow for the “OR” (such as Hawaii), meaning that if you manufacture and sell surfboards, you can still hire someone as an independent contractor if he/she meets prongs A and C, as long as the worker manufactures those surfboards for you at his/her own business location. Some jurisdictions don’t give you that option. Now in CA for example, there is no “AND/OR” – if the person makes surfboards for you, no matter where the work is done, you fail prong B of the test. Period. Game over. Unless the worker is being utilized to provide some type of service that is not the hiring company’s core business, the person will be considered an employee.

Keep in mind that while these ABC tests are becoming more and more common, many agencies may still continue to use their existing criteria. And to make matters even more complicated for us employers, within a specific state, different agencies use different tests. How a worker is classified by state labor commissioner for purposes of overtime, minimum wage, and other employment law protections may well differ from how a determination would be made regarding eligibility for unemployment benefits or coverage by workers’ compensation. Does this make your head hurt yet? It does mine. 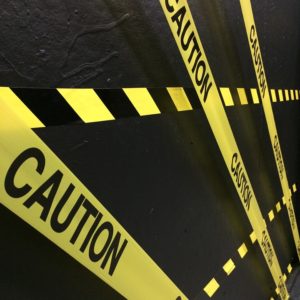 This is an area to keep your eye on. It is entirely possible that other agencies will also adopt the ABC standard. Recently, Senator Bernie Sanders introduced a bill that would incorporate California’s new version of the ABC test into the federal rules for determining independent contractor status under the National Labor Relations Act (NLRA). We are clearly experiencing a trend.

But for now, we are left with different tests being used by different agencies and the challenge it’s not possible to treat someone as an independent contractor for some purposes while an employee for others. When deciding if someone is going to be on payroll or not, we have no choice but to apply the most stringent test that could come into play. And for many of us, it’s the ABC test.

Understanding the thought process behind these rules is helpful. The basic premise it to not have workers deprived of benefits to which they would be entitled if classified as employees. Further, if we allow some companies to save money by avoiding payroll taxes, workers’ compensation, and other mandated benefits and protections, we set the scene for unfair competition in the marketplace.

What is at odds with this trend towards restricting the legal classification of independent contractors, is the evolving “gig” economy. More and more individuals are getting involved with companies such as Uber, Lyft, Grub Hub, and a host of other online, on‐demand service entities that allow people to pretty much decide how much they want to work and when. If these ABC tests are increasingly going to be applied, gig companies are going to have a very hard time continuing to employ workers as independent contractors. And the lawsuits are rolling in. The CA Supreme court ruling made an interesting point. They acknowledged that there is often greater freedom for workers to be treated as independent contractors but stated that “if a business concludes that it improves the morale and/or productivity of a category of workers to afford them the freedom to set their own hours or to accept or decline a particular assignment, the business may do so while still treating the workers as employees for purposes of the wage order.” Point well taken by all of us inside or outside of California.

So where does this leave us? As the landscape continues to evolve, we urge employers to proceed conservatively. Know the exact nuances of the tests in your jurisdictions, get professional help if needed to make a sound determination, audit yourself before someone else does, and keep your eyes open for changes. The gig economy isn’t going away anytime soon, but neither are the ABC tests.

The information presented in this article is intended to be accurate and authoritative information on the subject matter at the time submitted for publication. It is distributed with the understanding that Vantaggio HR is not rendering legal advice and assumes no liability whatsoever in connection with its use. Permission is needed from Lighthouse Consulting Services, LLC to reproduce any portion provided in this article.
Copyright © 2020

We also have an affiliate in the UK who covers all of Europe so we are now a true multi-national company that can support our clients globally.

Managing Stress in Our Lives

Time to Develop a Remote Workforce Strategy
Scroll to top